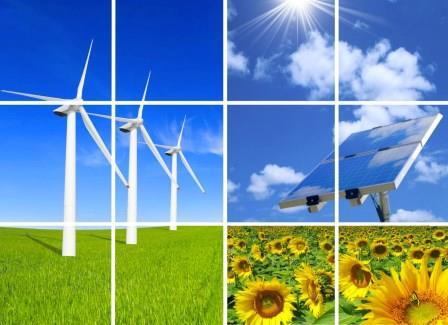 There is a huge potential for the development of renewable energy sources (RES) in Uzbekistan. While the World Bank statistics mention 100 percent access of the population to the electricity,[1] according to some estimates for about 1500 rural settlements of 1,5 million people are not properly connected to the central power grids due to their remote locations and inefficiency of outdated electric power transmission lines. Lack of connection to the electric power supply grids and reduced electricity supplies due to excessive electric power loss on the central transmission and distribution lines create a demand and an incentive for the development of RES in those areas. Over 65 percent of the population in Uzbekistan lives in rural areas. So the biomass energy, small photovoltaic panels and small wind turbines can ensure sufficiency and stability of energy supplies for these peoples.[2] Renewable energy potential in Uzbekistan is estimated to be significant, but with the exception of hydro power is not yet exploited on a larger scale.

Technical potential for the renewable electricity capacity is significant:

The government of Uzbekistan, however, aims to reach 21 percent of RES in the overall energy consumption by 2030.[4] To achieve this goal, Uzbek authorities have developed a normative base promoting and regulating the development of RES in the country, including: Bill “On Alternative Energy Sources,” State Programme for the “Development Prospects of Alternative Energy Sources and Fuels for 2013–2020,” “Long-term conceptual provisions and development directions for the use of renewable energy sources for the production of electric and heat energy in Uzbekistan,” and Draft Concept of the Republic of Uzbekistan for development of alternative fuels and energy for 2012–2020.[5] Currently, however, RES are highly underdeveloped since the share of the alternative energy does not exceed 2 percent (excluding medium and large hydro power) of the overall energy consumption. A very low level of awareness of the population and managers about the opportunities of increasing the use of RES remains a pressing concern.

Solar energy takes up to 99 percent of the total renewable energy potential in Uzbekistan, which enjoys on average 270–300 sunny days a year. Karakalpakstan enjoys the greatest potential for the production of solar energy of over 19 billion tonnes of oil equivalent (TOE). Andijan region, in the mountainous far Eastern part of the country, has the lowest solar energy potential of 129 million TOE.[6] Solar energy research and development in Uzbekistan started in the 1980s, but little progress has been achieved so far. Solar energy potential rich regions of Uzbekistan––Karakalpakstan, Navoi, Bukhara and Surkhandarya––are mostly desert areas with relatively sparsely located population centers and, thus, have prospects for the development of alternative energy. Uzbekenergo and Chinese company Suntech Power have signed an agreement on the establishment of a joint venture for the production of photovoltaic panels for the power of 100 MW. Uzbekenergo, with a loan of US$110 million from the Asian Development Bank, is building a 100 MW capacity photovoltaic power plant in the Samarkand region. The plant is to be constructed by 2019.[7]

Six hundred and fifty rivers, a number of irrigation canals and reservoirs in Uzbekistan provide huge potential for the development of small and mini hydro-power plants in the country. In the 1960s, around 250 small and mini HPPs were functioning in Uzbekistan. Even though hydro-power sector development is limited, Uzbekenergo is willing to support the construction of mini HPPs, because these plants are considered environmentally less damaging, capable of supplying electricity in remote areas, and require less capital and investment, which can shortly be returned.[8] Uzbekistan does not prioritize hydro power like it prioritizes gas and oil. However, hydro power is still important for the Uzbek energy sector development, since it is considered to be the main source of clean electricity production in the country.

While the estimated technical hydro-power potential of the country accounts for 27.4 billion kWh per year, only 6.28 billion kWh (23 percent) is currently being generated.[9] Hydroelectricity in Uzbekistan is mainly produced in 29 HPPs in 5 cascades operated by Uzbekenergo and 6 HPPs run by Uzsuvenergo. Chorbog HPP with the capacity of 600 MW and Xojakent HPP with total capacity of 165 MW are the largest HPPs in Uzbekistan.[10] Only these HPPs have water reservoirs to regulate operation of the plants. The third largest HPP in the country is Farkhod HPP, which has the capacity of 126 MW. This HPP is also constructed on a large reservoir.[11] However, while the plant belongs to Uzbekistan, the water reservoir is located on the territory of Tajikistan and water–energy nexus tensions between these two countries affect the reliability and stability of the HPP operation. Others operate on the water run-off basis with inflexible control of electricity generation. In this regard, one of the policy priorities of the Uzbek government, in addition to the development of the medium and large hydropower potential, should be the promotion of the small and mini hydropower projects.

Geographical conditions are not favorable for the large-scale development of wind power in Uzbekistan. The country is completely land-locked and consists of 25 percent mountainous and 75 percent desert areas with an average wind speed not exceeding 2–2.5 meters per second. These conditions are not suitable for installation of middle and high power turbines.[12] The most favorable areas for building wind turbines are Bukhara, Navoi, Kashkadarya, Tashkent regions and Karakalpakstan. Uzbekenergo and Chinese company Xian Electric Engineering Co. Ltd. have signed a memorandum of understanding on the development of wind energy in the country.[13] While hypothetically wind energy potential of Uzbekistan reaches 520,000 MW, technically justifiable wind energy development accounts only for 1000 MW (areas with good wind conditions) and 765 MW (areas with perfect wind conditions).[14]

Uzbekistan’s large agricultural sector provides considerable potential for the development of biomass energy. For 65 percent of the country’s rural population the main source for biomass energy is cotton-plant stems, production of which accounts for 2–3 million tonnes per year. Uzbekistan is one of the largest cotton producers in the world. Uzbek farmers are currently obliged by the government to cultivate 60–70 percent of their land with cotton. Cotton stalks are mostly used for cooking and space heating. Other sources that are used for bioenergy in the country include bulrush in the amount of 10–15 million tonnes, solid communal wastes of 30 million cubic meters and agricultural waste of 100 million cubic meters annually.[15]

To sum up, taking into account growing energy demand in Uzbekistan, development of alternative energy sources can improve the level of energy security in the country. There is a substantial potential to develop different types of sources, which in combination will be complementing each other, thus establishing a self sustaining energy system.