Agriculture remains one of the strategically important sectors of the world economy. It provides food security and many raw materials for other related industries and manufacturing. In middle and low-income countries employment in agriculture remains high, while in advanced economies it is insignificant. However, differences in productivity between these two groups of countries are substantial, which also affects trade in food and agricultural products. Agricultural production and trade increased significantly for the last decade. The factors, which caused these changes, include increases in global population, higher commodity prices, poverty reduction and higher incomes in developing countries, and policies towards liberalization of agricultural and food trade. The situation with pandemics shows that agriculture is in equal importance as the pharmaceutical industries. Therefore, this commentary aims to show trends and patterns of global agricultural and food trade and opportunities for developing countries.

According to the World Bank data (2020), production of agricultural products increased from $1.1 trillion in 1990 to $3.4 trillion in 2018 (in current prices). The Food and Agriculture Organization of the United Nations (FAO, 2019) indicates that the value of global agricultural and food trade flows has increased five-fold in the last three decades. The report shows that food exports (excluding fish) in 1997 was equal to $304 billion. This number increased to $618 billion in 2007 and to $1.26 trillion in 2017.  Europe remains the main contributor to the global trade in agricultural products. In 2017, its food export and import equaled $428 and $417 billion respectively. The Americas are the largest net exporter and Asia is the largest net importer. The export of the Americas in 2017 equaled $303 billion, while its import was $174 billion. Throughout the 2000s, the Americas have strengthened their position as global suppliers of agricultural commodities such as wheat, maize, soybean, and meat (Figures 1-2). The figures show that the Americas and Europe dominate global export in wheat and meat and that the United States is a leading global producer of these products. It should be noted that transition economies such as Poland and Belarus are in the list of top 10 global meat exporters. Poland ranks second after the United States and its meat export in 2017 equaled $918 million. In the same year, the cattle meat export of Belarus was $359 million. Europe, Russia and Ukraine have moved over time from being a net importer of agricultural commodities to a net exporter, in part due to a stagnating population and flat per capita consumption, which limits domestic demand [OECD/FAO, 2019]. In 2017, wheat export of Russia and Ukraine equaled $5.8 and $2.8 billion respectively. Asian countries imported $377 billion and exported only $206 billion agricultural and food products.

The OECD/FAO (2019) report shows that on average, agriculture faces much higher trade barriers than manufacturing, and a lowering of agro-food tariffs and trade-distorting producer support since the early 2000s has supported growth in agricultural trade. The 1995 WTO Agreement on Agriculture was an important breakthrough. Despite this progress, agricultural products in recent years still face average import tariffs of around 16% compared to 4% for industrial goods. Preferential trade agreements are intended to reduce trade barriers in food products. For example, beef imported into Japan faces duties of 38.5%, which will be lowered to 9% under the Comprehensive and Progressive Agreement for Trans-Pacific Partnership (CPTPP). Import tariffs on dairy products in Canada and poultry in Mexico can reach up to 250% and 234%, respectively. These tariffs will come down under the CPTPP.

OECD (2020) argues that the food and agriculture sector is increasingly organized within global value chains (GVCs). The separation of production, transformation and delivery has been facilitated by falling barriers to trade and investment. Data shows that about 20% of exports re-exported by the first importing country. Services are an increasingly important component of agro-food GVCs. They represent around 25% of the total value-added in agricultural exports, and 35% in food sector exports. In addition, service sector inputs account for 30% of the final value of agro-food products in high-income countries and 23% in developing countries. GVCs are becoming more global with emerging economies as key suppliers of agro-food intermediates. Countries with higher levels of participation in GVCs have experienced stronger sector and employment growth and GVCs raised the availability of food, lowered prices and improved consumer choice. Trade and agro-food GVCs generated an average of between 20-26% of total agricultural workforce returns. Across countries, national agricultural workforces are reliant to varying degrees on GVC participation. For instance, in New Zealand, close to 73% of agricultural workforce value is generated by trade in GVCs, while the indicator of Japan is only 3%.

Thus, the above provided analysis leads to following conclusions. Firstly, advanced economies dominate global agricultural trade, but the share of developing countries is increasing. Secondly, agricultural markets are more protected for international trade. However, efforts of the WTO and new preferential trade agreements contribute to the market liberalization and stimulate higher trade flows. Thirdly, global value chains in agriculture positively affect international trade, stimulate development of agricultural services and contribute to the job creation. They also have a positive impact on market liberalization. Finally, agricultural production and trade is the basis of food security, which is vital during crisis and shock periods, such as pandemics, political conflicts, trade wars and others. These conclusions are essential for those developing countries, which currently seek for new economic growth drivers and development models. Many of them mainly rely on services, in particular wholesale and retail trade and finance, and ignore agricultural issues. As a result, agriculture remains underdeveloped, many agricultural and food products are imported, which poses additional risks for the countries in terms of food export bans from partner countries. Contrary, higher development of their agricultural sectors with involvement into international trade not only as importers, but also as exporters, can reduce global food security risks. These countries, which usually have enormous agricultural resources, try to follow the models of Singapore and other advanced Asian economies. However, it will be a good option for them to learn from the experiences of the United States, which is a leading country in terms of agricultural production and trade.

FAOSTAT (2020). Countries by commodity. Retrieved from http://www.fao.org/faostat/en/#rankings/countries_by_commodity_exports. Accessed on 21.02.2020. 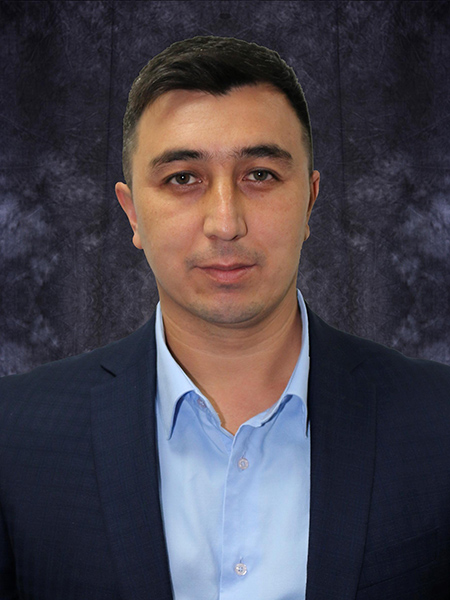