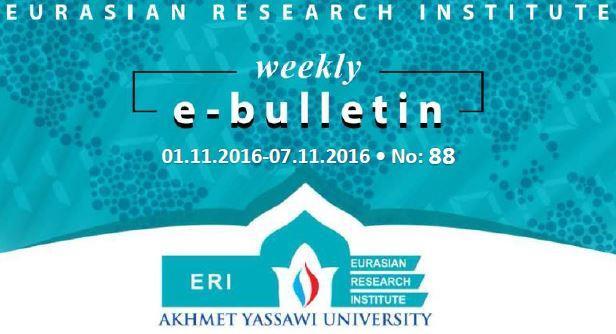 Afghanistan has experienced a protracted conflict for almost thirty-five years that hindered its development. Furthermore, over the past five years the country has seen the rise of the armed non-state actors who keep challenging the territorial control of the Government. Since the withdrawal of the NATO-led International Security Assistance Forces (ISAF) in 2014, the Afghan authorities have been facing reinforced Taliban terrorist movement that intensified attacks on the northern provinces of the country near the border with the Central Asian republics.

Zhulduz Baizakova was a Junior Researcher at the Eurasian Research Institute at H.A.Yassawi Kazakh Turkish International University. She graduated from the Al-Farabi Kazakh National University, Department of International Relations. She also holds a Candidate of Historical Sciences (2005-2010) from the same institution. She served for seven years in the Ministry for Foreign Affairs of the Republic of Kazakhstan, including a foreign posting to the United Kingdom. Her research interests include international security, Central Asian studies and regional security, Western security assistance to Ce