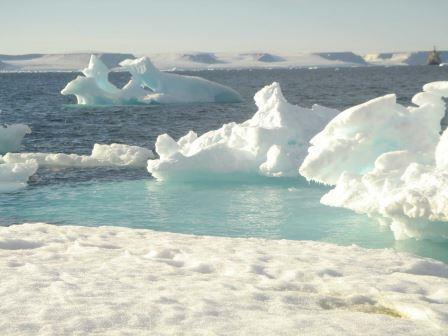 The Northern Sea Route (NSR) is the Russian maritime transportation route in the Arctic. The Northern Sea Route is the shortest sea route connecting the ports of the European part of Russia and the ports of the Far East. The NSR passes through the seas of the Arctic Ocean: Barents, Kara, Laptev, East Siberian and Chukchi seas and partially through the Pacific Ocean – Bering Sea. The length of the route is 7 600 km (Брызгалов, 2011).

Only at the beginning of the 21st century, the Northern Sea Route started attracting attention as a sea cargo route. The NSR opened for navigation only in 2010 thanks to the giant Gazprom project in Yamal in Western Siberia. The Northern Sea Route Administration, a Federal State Institution, established on March 15, 2013, to organize navigation along the NSR, is an organization responsible for navigation of cargoes passing through the route. The main goals of the Institution are to ensure safe navigation and protection of the marine environment along the waters of the route (Предмет деятельности и функции АСМП, n.d.).

Due to the melting of ice, the period of ice-free navigation in the northern seas has significantly increased. If earlier navigation lasted from July to September, now it is longer – from June to November. Moreover, even the amount of sea ice in winter season has reached its record minimum at the beginning of 2017. So, the amount of ice in the Arctic reached a low of 14.42 million square kilometers, which is 97 thousand square kilometers less than the previous record low of 2015 and 1.22 million square kilometers less than the average maximum extent in the period of 1981-2010. The northern pole experienced extremely warm fall-winter period in 2016-2017. Usually, in the Arctic record low ice covers are observed in the summer season. However, last year, slow ice growth in the Arctic was noticed in October-November 2016, taking start later than usual (NSIDC, 2017).

Until recently, the main maritime transportation route used to be the Suez Canal. For instance, 18 thousand ships passed through the Suez Canal annually, while only couple dozen cargoes (1.2 million tons in 5-6 months) a year passed through the NSR. However, global warming positively affected the development of the NSR. The period of ice-free navigation in the northern seas has significantly increased due to the thawing of ice (Северный морской путь, n.d.). Consequently, the amount of transported goods has constantly been increasing (Table 1).

The Northern Sea Route is becoming a real economic alternative to the Suez Canal due to the global warming which is extending the period of summer navigation in the Arctic. The routes that were previously covered by a significant layer of ice have become navigable. The average cargo delivery time through the Suez Canal, for example from Rotterdam to Yokohama, is 27 days, while through the NSR the delivery time decreased down to 20 days. According to experts, the time of cargo transportation has a potential to decrease by 30-35% if the transportation is taking time during the summer navigation period (Брызгалов, 2011).

In addition, some of the models of climate change show the possibility of a complete thawing of the Arctic Ocean at the end of each summer season in the second half of the 21st century, meaning that the Arctic ice can become annual (Плисецкий, 2015). Moreover, there are assumptions that in the coming decades the underwater permafrost of the entire shelf of the seas of the Arctic might start thawing. This would create more favorable conditions for a year-round transit navigation along the NSR. Therefore, it can be concluded that in the near future maritime transportation via the NSR can become a worthy competition to the Suez Canal. However, the outdated infrastructure is the main obstacle hindering the further development of the route. In this light, despite the global warming, it is important to establish an icebreaker fleet, without which it would be impossible to provide regular navigation in winter (Плисецкий, 2015). NSR is the main shipping artery of the Russian Arctic and one of the most important elements of the economy of this region. Strengthening the operation of the route should not only lead to the creation of an effective transit route but also stimulate business activity on the Russian Pacific coast and the development of the Arctic territories.

However, skeptics argue that there are complications of using the NSR such as the lack of predictability and strict schedules, which, perhaps, will not be guaranteed for a long time in the Arctic region, where even in the summer season free floating ice can block the way to the vessel. Therefore, the transportation through the Suez Canal will still be the most reliable option for a long time.