Tajikistan and Uzbekistan: Signs of Political and Economic Rapprochement 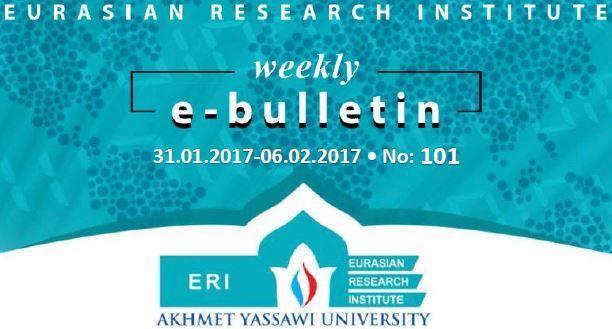 During the Soviet Union, Dushanbe and Tashkent used to have the tightest economic cooperation within the Central Asian region. When the Soviet Union collapsed, the Central Asian republics immediately felt its effect in terms of the economic recession, infrastructural disintegration and political tensions. After the civil war in Tajikistan in 1992-1995, the bilateral relations between Tashkent and Dushanbe started to deteriorate steadily and gradually reached a very low level, with minimum trade turnover, forcefully imposed visaregime and restricted road, air and railway connection.

Zhulduz Baizakova was a Junior Researcher at the Eurasian Research Institute at H.A.Yassawi Kazakh Turkish International University. She graduated from the Al-Farabi Kazakh National University, Department of International Relations. She also holds a Candidate of Historical Sciences (2005-2010) from the same institution. She served for seven years in the Ministry for Foreign Affairs of the Republic of Kazakhstan, including a foreign posting to the United Kingdom. Her research interests include international security, Central Asian studies and regional security, Western security assistance to Ce