UN in Preparation for the Ocean Conference 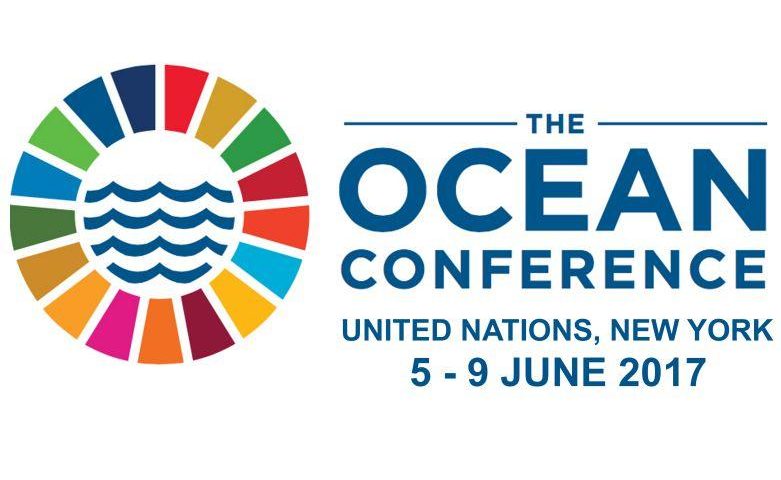 The high-level United Nations (UN) Conference to Support the Implementation of the Sustainable Development Goal 14: conserve and sustainably use the oceans, seas and marine resources for sustainable development, shortly called Ocean Conference, is to be held at the UN Headquarters in New York on June 5-9, 2017. In this light, two-day long hearings of the Inter-Parliamentary Union chaired by H.E. Mr. Alvaro Mendonya Moura, Permanent Representative of Portugal to the UN, and H.E. Mr. Burhan Gafoor, Permanent Representative of Singapore to the UN, were held at the UN headquarters in the period of February 15-16, 2017. The main topic of the meeting was the issue of ocean pollution with plastic debris (UN, 2017).

As part of a new sustainable development agenda, on September 25, 2015, the General Assembly of the UN adopted a resolution containing 17 goals aimed at ending poverty, protecting the planet and ensuring prosperity for all. The 17 Sustainable Development Goals were set as a result of three-year long negotiations. Goal 14 is dedicated to the life below water and is aimed at conserving and sustainably using the oceans, seas and marine resources for sustainable development. Goal 14 has a set of tasks that are to be realized within the next 14 years:

“by 2025, prevent and significantly reduce marine pollution; by 2020, sustainably manage and protect marine and coastal ecosystems; minimize and address the impacts of ocean acidification; by 2020, effectively regulate harvesting and end overfishing, illegal, unreported and unregulated fishing and destructive fishing practices and implement science-based management plans; by 2020, conserve at least 10% of coastal and marine areas; by 2020, prohibit certain forms of fisheries subsidies which contribute to overcapacity and overfishing, eliminate subsidies that contribute to illegal, unreported and unregulated fishing and refrain from introducing new such subsidies; by 2030, increase the economic benefits to small island developing States and least developed countries from the sustainable use of marine resources; increase scientific knowledge, develop research capacity and transfer marine technology; provide access for small-scale artisanal fishers to marine resources and markets; enhance the conservation and sustainable use of oceans and their resources by implementing international law as reflected in the United Nations Convention on the Law of the Sea” (UN, 2015).

Nowadays, ocean pollution is one of the biggest environmental issues. Growing human population has negatively affected the environment, including the oceans. There is a number of issues that cause ocean pollution, such as plastic debris, oil spills, global warming, toxic and nutrient-high runoffs. According to the Ocean Conservancy’s National Marine Debris Monitoring Project (NMDMP) conducted in the period of 2001-2006, 48.8% of marine debris of the cost of the U.S. was land-based sources, 33.4% – general source debris and 17.7% – ocean-based debris (Aquarium of the Pacific, 2009).

Especially, the issue of ocean contamination with plastic debris has negative effects both on coastal areas and the marine life, as most of the marine debris comes from land and is made up of plastic waste and as in the last 60 years the amount of plastic production has increased, causing threat to the marine environment. 60% to 80% of waste in the world comes from plastic. About 10% of plastic produced annually makes its way to the oceans, taking hundreds of years to degrade and posing a serious threat to the marine life (Avio, C. G. et al., 2016). According to Avio, C. G. et al. (2016), almost 270 thousand tons of plastic were in the oceans in 2013. There are five large plastic waste patches, also known as gyres, in the ocean: North Atlantic, South Atlantic, South Indian, North Pacific and South Pacific. Due to the ocean currents that transport plastic debris trash gyres are accumulated in the remote areas of the ocean. Table 1 shows an average concentration of plastic in some locations around the globe.

Plastic is a slowly degradable material. Usually large plastic items generate microplastic which is smaller than 1-5 mm and can spread across the whole ocean. A lot of the times small plastic particles are ingested by marine species and birds. Plastic trash is also accumulated along the coastal areas. Ingestion of plastic debris cause marine creatures to get entangled and die of suffocation. Moreover, non-indigenous marine species get transported along with the floating plastic away from their natural habitat, threatening marine ecosystem and biodiversity. While marine debris has serious threats for marine life, it is also quiet undesirable for economies of coastal areas which are dependent upon fishing and tourism. Additionally, poor ocean management practices, such as overfishing and illegal fishing, can lead to economic losses. For instance, according to the UN Environment Programme, in the long term, the cumulative economic impact might reach $200 billion annually. Moreover, if nothing is done, by 2050, this number might increase by additional $322 billion annually due to the impact of climate change (UN, n.d.).

Besides plastic debris, there are other sources of ocean pollution. For instance, a lot of the times nutrients from land, the main source of which are agricultural fertilizers and livestock waste, make their way to the ocean with runoff. Nutrient concentration lead to eutrophication, a process when excessive amounts of nitrogen and phosphorous cause algal bloom and as a result, a lack of oxygen in water. Eutrophication cause marine life to disappear from the area where algae growth is excessive. Besides, toxic chemicals are accumulated along the marine food chain, making their way to food chain and adversely affecting human health. A thin oil film, formed as a result of oil spills, coats the top of the water, not letting the sunlight from penetrating into the water and causing a lack of oxygen. Needless, to say that oil ingestion is very dangerous for marine life. Moreover, greenhouse gases such as carbon dioxide cause global temperature rise that melts glaciers and threatens coastal communities. Moreover, carbon dioxide affects water level and temperature in oceans causing corals to expel symbiotic algae and as a consequence, leading to coral bleaching. According to the UN (n.d.), 20% of coral reefs have been destroyed as a result of human activity. Moreover, 24% of the reefs are under imminent risk, while 26% more suffer from the threat of long-term destruction.

To conclude, ocean pollution poses threat for marine ecosystems and biodiversity, and causes environmental, health and economical threats to coastal areas. Therefore, action needs to be taken on the regional and global levels. The UN Ocean Conference is to become the first step in fight against the ocean pollution.

Aquarium of the Pacific (2009). Pollution in the ocean: Everything flows downhill. National Conference – Ocean on the Edge: Top Ocean Issues, May 2009.

UN (n.d.). Life below water: Why it matters. United Nations.