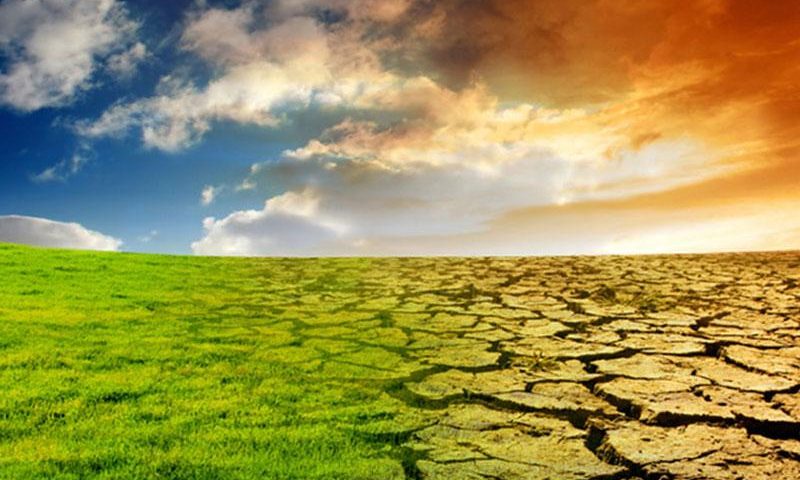 One of the main concerns of the 21st century is a climate change. While some believe that climate change is not going to affect their lives, in the reality, it is a socio-economic issue, and not just an environmental one. This paper is an overview of the social impacts of human induced global warming in Central Asia.

Central Asia countries (Kazakhstan, Kyrgyz Republic, Tajikistan, Turkmenistan, and Uzbekistan) are prone to droughts due to semi-arid to arid climate of the region. Therefore, this area is affected by weather-pattern changes. Since the beginning of the 20th century temperature has risen by 2 oC due to an increase of greenhouse gas emissions that has an unequivocal impact on the environment and the economics of the countries in the region (Source: Climate change, n.d.). Human induced climate change in this region has put a strain on the natural resources, such as sufficient clean water and clean air. Climate change is one of the factors hindering the economic development of countries in Central Asia. Urbanization, lack of clean water and clean air, extreme weather events, deforestation, habitat loss, desertification, increasing electricity demand, greenhouse gases, economic vulnerability are just a beginning of the infinitely long list of negative impacts of climate change.

Environmental issues rise problems of water resources and an ecosystem of the area. Hydrology of the Central Asia is highly affected by global warming. An increase in temperature, a decrease in precipitation and an increase in evaporation alters water cycle and potentially cause drought conditions (desiccation of water in the Aral Sea basin). At first, glacial melting can lead to an abundance of water resources and as a result to floods, land- and mudslides in highlands. However, further melting of the icecaps can cause drought conditions of the rivers fed by seasonal floods due to disappearance of glacial resources. 0.1% to 0.8% of the glaciers in the Tien Shan mountains have already melted away in the last decades, causing an increasing demand for freshwater sources in the area (Source: Universite de Geneve, 2012). Effects of climate change on the ecosystem can be traced by studying the biodiversity of communities in the area. Plants, animals and insects are unable to adapt to changing environmental conditions. Given that one tenth of the known plants and animals are native to the region of Central Asia and Middle East, loss of the biodiversity in the area will have a significant impact on the ecosystem of the entire world (Source: The regional impacts, n.d.). Also, the deforestation related to increasing rates of urbanization in these post-Soviet countries contributes to the greenhouse gases.

Another aspect affected by climate change is economy of the region. Human induced climate change affects societies themselves in the first place. One the ways people suffer from climate change is economic losses due to disasters caused by global warming. Economic losses in the European countries and Central Asia have increased due to the natural disasters in the last century (Figure 1). On a big scale it can be seen that there is a positive correlation between the amount of natural disasters due to changes in weather patterns and the economic losses towards the end of the 20th century and the beginning of the 21st century. Damage from different natural disasters that are affected by global warming (floods, droughts, landslides, heat waves) in Central Asia in the last 25 years equals to 2,204 million USD (Table 1). This sum is representative of the tangible costs alone; it does not take into account intangible costs.

Figure 1. Economic losses in Europe and Central Asia due to natural disasters for the period of 1918-2007 years (Source: Westphal, 2008).

Central Asia, which has a fair amount of steppe, is highly dependent on agriculture. However, depletion of water resources and soil erosion and compaction reduces the crop yield, which on the other hand, affects the economy of the countries in the region. Same situation might affect the livestock, which nomad nations occupying the territory of Central Asia are so dependent upon. One of the areas of economy that will most likely have both positive and negative impacts is tourism. While winter tourism such as skiing, skating and snowboarding may suffer due to lack of snow in some areas, tourism in colder northern part of the countries may bloom. Extension of warm periods of the year attracts tourists to travel and sightsee. Even though this is true for northern parts of the world, such as Siberia and Alaska, Central Asia that already has semi-arid to arid climate will suffer from increasing drought conditions. As mentioned earlier, ecosystems will suffer from global warming and biodiversity of communities will decrease. As some species of animals become extinct and others’ migratory patterns change, tourist attractions such as bird-watching and hunting will suffer a decline. Overall, economy of the Central Asia countries will suffer from tremendous losses due to several consequences of climate change.

Finally, issues arising in communities all over the world eventually affect the wellbeing of the society. Same goes for the climate change: pollution due to constantly increasing greenhouse gasses, low water quality, economic issues of the countries affect health, safety and wellness of the nations of the Central Asia. Even minute changes in climate can impact the society in different ways. Most likely, the impact of global warming will hit vulnerable groups of the society: poor, old and very young people. As climate changes these categories of people would suffer from inability to relocate due to a range of reasons: starting from lack of money, up to health issues. Flooding in Kazakhstan in 2008 has caused 13’000 people to relocate into camps and relative’s houses (Source: Adapting to climate change, 2009). Apart from the relocation, flooding leads to numerous deaths, so 24 and 21 people have died as a result of floods in Tajikistan in 2002 and 2007 respectively (Source: Adapting to climate change, 2009). Climate change can cause a decline of water quality and an increase in prices of food and energy supplies. Especially water quality and quantity is an important issue for the area surrounding the Aral Sea basin (Source: Strengthening water management, n.d.). Pollution of the atmosphere and lithosphere will cause people to suffer from respiratory, digestive and other diseases. Infection-carrying insects thrive as a result of increasing annual temperatures. This can lead to an increasing amount of people suffering from diseases such as malaria in Tajikistan (Source: Adapting to climate change, 2009). The paradox of the issue is that eventually, it is people who suffer from consequences of human induced climate change.