In the early days of December, as the entire nation of Kazakhstan was preparing to celebrate the 29th anniversary of independence amidst the fears of the second wave of the Covid-19 pandemic and restrictive measures it might bring in, the blatant statement by a Russian Member of Parliament had severely shaken the minds of the people and occupied the public attention ever since, casting a shadow on the nation’s festive mood. On December 11, Vyacheslav Nikonov, the Head of the Education and Science Committee of the State Duma, the lower house of the Russian Parliament, and the member of the ruling United Russia party, uttered in an interview on the state-owned Channel One that “Kazakhstan simply did not exist”, that “Northern Kazakhstan was not inhabited at all” and that the current territory of Kazakhstan is just a generous “gift from Russia and the Soviet Union” [Mamashuly, 2020].

Unfortunately, this impudent statement by a high-ranking Russian official was not the only shock, as Yevgeny Fedorov, another deputy of the State Duma and the member of the Central Political Council of the ruling United Russia party, went even further, stating that Russia has a “legitimate” right to claim back the territories it has ceded to Kazakhstan upon its declaration of independence [Mamashuly, 2020]. In doing so, and unlike the traditionally prudent way, Russian politicians usually address the leadership of Kazakhstan, this retired military colonel even dared to use derogatory verbal style while addressing the current and the previous presidents of the Republic of Kazakhstan, urging them the pack their tiny suitcases and get away after returning “Russian” territories, as well as the city of “Verny” [Mamashuly, 2020].

Almost simultaneously, on December 11, a black banner with “Northern Kazakhstan is the Russian land” inscribed on it was raised on the fences of the Kazakh Embassy in Moscow by a member of one of the Russian nationalistic movements, who was detained by the police and later released (KazTAG, 2020). As one could have expected, the lone activist was not the only supporter of the Russian deputies’ blatant claims, as Vladimir Zhirinovsky, the leader of the Liberal Democratic Party of Russia (LDPR) endorsed Nikonov’s statement claiming that he said right things, describing him as “a knowledgeable man, who had long worked on the matter” [Kamakin, 2020]. Interestingly, Vyacheslav Nikonov is the grandson of Vyacheslav Molotov, the Head of the Government and later the Minister of Foreign Affairs of the Union of Soviet Socialist Republics (USSR), who became notoriously famous for political executions, Nazi-Soviet alliance and partition of Poland and Baltic states.

The Russian claims over the adjacent territories as well as the ambiguity of its borders and lands often becomes a matter for the territorial disputes, just like the recurrent rhetoric of Northern Kazakhstan and its historical affiliation with Russia. As Rostislav Fadeev, the prominent Russian general and military historian of the 19th century, had noted that Russia “never enclosed herself within strictly defined boundaries, and has indeed been compelled to step beyond them,” [Fadeev, 1959] using migration and colonization as the “fundamental aspect of Russian statehood,” as Vasily Kliuchevsky, another prominent 19th century historian had noted [Mosely, 1948].

The same vague interpretation of borders and international law by some Russian thinkers and politicians would be well present from the first days of the collapse of the Soviet Union to the present day, and the Kazakh lands would appear in some wicked scenarios. In this regard, Aleksandr Solzhenitsyn, the prominent Russian writer, who enjoyed tremendous influence over Russian politics and culture in the early 1990s, was one of the most ardent “deniers” of Kazakhstan’s territorial integrity. Not only was he proposing in his book Russia in Downfall the small scale “reunification” of the Soviet Union as a federal state within the borders of Russia, Belarus, Ukraine and Kazakhstan, but once again brought in the question of dozens of Russian provinces “ceded” to Ukraine and Kazakhstan [Solzhenitsyn, 2006]. The similar stance, though to a much radical degree, was taken by another prominent, though overly scandalous, Russian writer Eduard Limonov, the founder of the so-called National Bolshevik Party. As was often expressed by him on several occasions, his “most radical goal” was the reshaping of Russian borders by “annexing at least the Northern Kazakhstan, and later other territories predominantly inhabited by Russians” (Limonov, 2004, p. 446).

In recent years, however, expansionist rhetoric of eccentric Russian writers and activists was picked up by some government officials. Buttressed by media propaganda, primarily through the state-owned media outlets, this policy would soon accompany the forced annexation of the Crimea and military conflict in Eastern Ukraine. In August 2014, just a few months after the annexation of the Crimea and ongoing warfare in Eastern Ukraine, Kazakhstan-born Vladimir Zhirinovsky made dubious comments about territorial demands to Kazakhstan (Ekho Moskvy, 2014). Limonov, on the other hand, was less patient about expressing his vision of the matter. In his article “The Ideal Russia” published in April 2016, the leader of the Russian National Bolsheviks urged that “the Russian cities” that found themselves “abroad, in Kazakhstan” – from Uralsk all the way to Ust-Kamenogorsk – should be annexed [Limonov, 2016].

As for the recent statement by Vyacheslav Nikonov, the Kazakh Ministry of Foreign Affairs summoned Aleksandr Komarov, chargé d’affaires of the Russian Federation in Kazakhstan, and handed him a protest note [Kazinform, 2020]. Some, on the other hand, were eager to see the controversial statement by the Russian politician not as a mere gaffe, but rather a systematic and ideological position instigated within governmental structure [Polovinko, 2020].

Mamashuly, A. (2020). “The great gift.” The statements of Russian deputies about Kazakhstan’s territory caused outrage. Retrieved from https://rus.azattyq.org/a/kazakhstanis-reaction-to-the-statements-of-russian-deputies-about-the-kazakh-territory/31002411.html. Accessed on 20.12.2020.

Kaztag.kz (2020). “Northern Kazakhstan is a Russian land” banner was placed at the fence of the RK embassy in Moscow. Retrieved from https://kaztag.kz/ru/news/banner-severnyy-kazakhstan-russkaya-zemlya-razmestili-na-zabore-posolstva-rk-v-moskve. Accessed on 21.12.2020.

Kamakin, A. (2020). The point of return. Retrieved from https://www.mk.ru/politics/2020/12/19/tochka-vozvrata-stoit-li-rossii-dobivatsya-vozvrashheniya-territorialnykh-podarkov-kazakhstanu.html. Accessed on 22.12.2020.

Retrieved from https://lenta.inform.kz/en/kazakhstan-hands-diplomatic-note-to-russia-over-territory-comments_a3729566. Accessed on 21.12.2020. 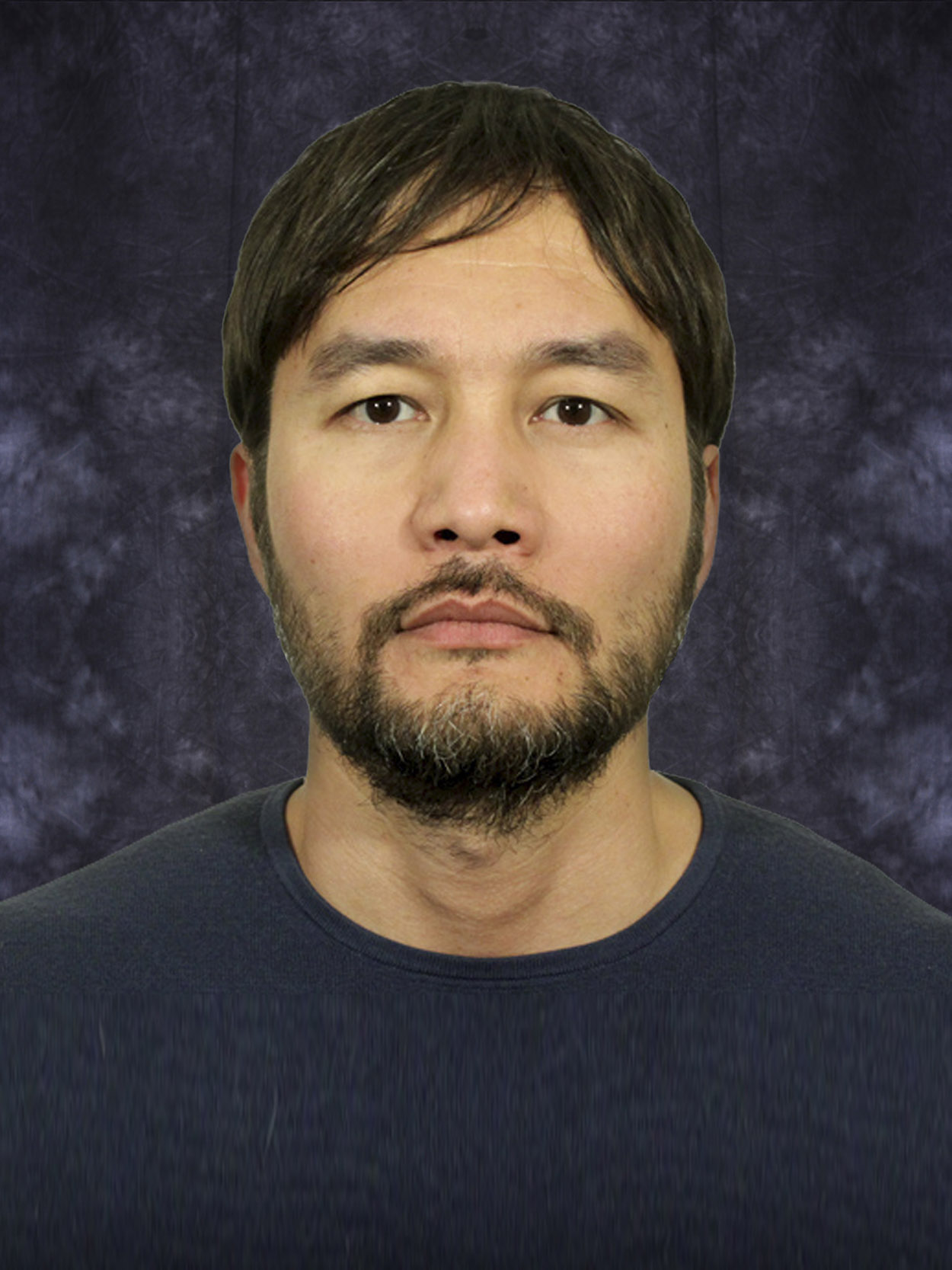