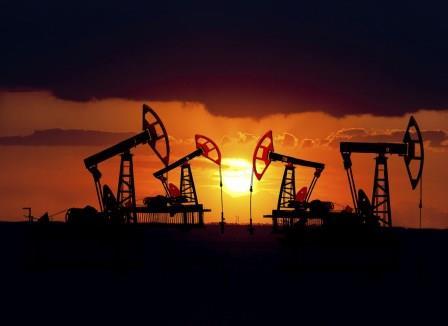 Uzbekistan is a large producer of oil and oil products in Central Asia. The supplies, however, no longer meet the demand for oil products in the country. Because Uzbek authorities are guided by the belief of self-sufficiency and do not show willingness to import oil, its consumption level has been considerably decreasing. In this regard, unless new major oil fields are explored and oil production significantly increases or Uzbekistan starts importing more crude oil to further refine it, Uzbek consumers will continue to experience shortages for light oil products in the domestic market.

The first oil production in Uzbekistan dates back to 1885 in the Fergana valley. A larger scale oil exploration activity in Uzbekistan began in 1900 and starting from 1904 oil was extracted from blowout wells.1 This is the earliest oil production activity in the region. Over the course of the twentieth century Uzbekistan remained one of the main producers of oil and suppliers of oil products within the Central Asian region. Currently, conventional oil reserves of Uzbekistan are estimated at the amount of 600 million barrels.2 Over 60 percent of proven oil fields are located in the Bukhara–Kiva region (Southern and South–Western parts of the country). However, for the past ten years oil production has significantly declined.

Because the volume of domestic oil production has dropped significantly, Uzbek authorities are no longer capable of taking full advantage of their oil refinery capacity. Uzbekistan by no doubts is the largest producer of oil products and has the capacity to refine most of the oil produced in the country. The country has a century long experience of oil refinery. The first oil refinery plant was built back in 1906 in Fergana. The plant’s annual processing capacity was extended and reached 176 thousand tonnes in 1940.3Uzbekistan did not only supply oil products for domestic and intra–Central Asian consumption, but also exported them via train to China and Afghanistan.

To considerably increase the refinery capacity of the country it was decided to build Fergana oil refinery. The plant started operating in 1959. Fergana refinery has a capacity of 114,288 barrels per day (bbl/day). It produces gasoline, LPG, fuel oil (including aviation fuel), sulphur and solvents. The second major refinery plant was put into operation relatively recently. Bukhara oil refinery plant was constructed in 1997. And Bukhara refinery is capable of processing 50,000 bbl/day with the possibility to expand the capacity up to 110,495 bbl/day. Main products of the plant are gasoline, diesel, LPG and fuel oil.4 The total refinery capacity of these plants in Uzbekistan does not only make it possible to fully meet domestic needs, but also export oil products to external markets.

However, oil production drop in the last years has resulted in only 60 percent operation of its full refining capacity. On top of that, oil production in the country is forecasted to further decline. As a result, Uzbekistan has turned from a net exporter into a net import of crude oil to process it in its refineries.5 While oil-processing capacity of Uzbekistan will remain within the same range of 225,000 and 230,000 bbl/day up until 2024, the volume of the refined oil products is expected to decline from 75,640 bbl/day to 69,050 bbl/day by 2024.6 Uzbekistan is currently importing, but importantly will have to increase the volume of crude oil imports in the near future from Russia and Kazakhstan if it decides to take the advantage of its oil refining capacity.

There are two major oil pipelines to transport oil and oil products from Russia and Kazakhstan to Uzbekistan: Omsk–Skymkent–Bukhara oil pipeline and Shymkent–Tashkent oil products pipeline. The first pipeline is used to transport oil from the Siberian city of Omsk through Pavlodar, Karaganda and Shymkent to Uzbekistan. Inside Uzbekistan, the pipeline runs through Nurata and Navoi to the Bukhara refinery, before transporting oil onwards to the Chardzhou refinery in Turkmenistan. The Shymkent–Tashkent pipeline starts at the refinery in Kazakh city of Shymkent and runs to Tashkent. It is used for small-scale gasoline and oil imports.7 While Uzbek oil is processed in Bukhara (South–West) and Fergana (East) refineries, it is still cost efficient to import refined products from Shymkent to supply the capital city of Tashkent. Russia and Kazakhstan are the two major suppliers of refined fuels to Tashkent. Uzbekistan, however, having perceived itself self-sufficient, is quite reluctant to importing oil from abroad. This, in its turn, leads to shortages of oil products in the domestic market.

Since no major oil fields have recently been discovered in the country, Uzbekistan is planning to boost production of oil by increasing the recovery rate in existing oil fields. The oil recovery rates in Uzbekistan are extremely low and account for only 28 percent. By introducing new technologies Uzbekneftigaz, a national energy company, can increase the recovery rate at oil fields up to 56 percent. Uzbekistan, in an attempt to attract more foreign investments, created favorable taxation system. International oil companies are exempt from taxes during exploration. They are also exempt from tax on profits for the first seven years of their production and from property and profits taxes on their shares in the joint ventures.8 Yet the overall oil production is decreasing and forecasted to further decline over the course of the next decade.

1 Uzbekneftegaz, “History of oil and gas sector of Uzbekistan,” 2015 http://www.ung.uz/ru/about/history.

3 Uzbekneftegaz, “History of oil and gas sector of Uzbekistan.”